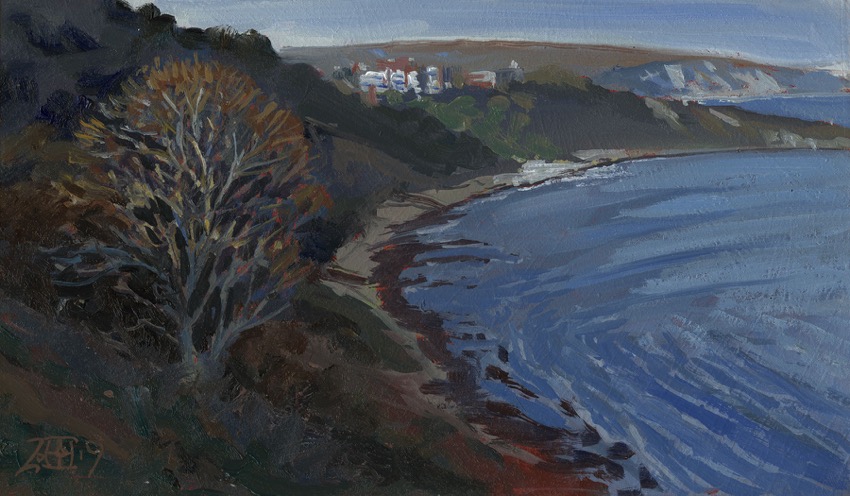 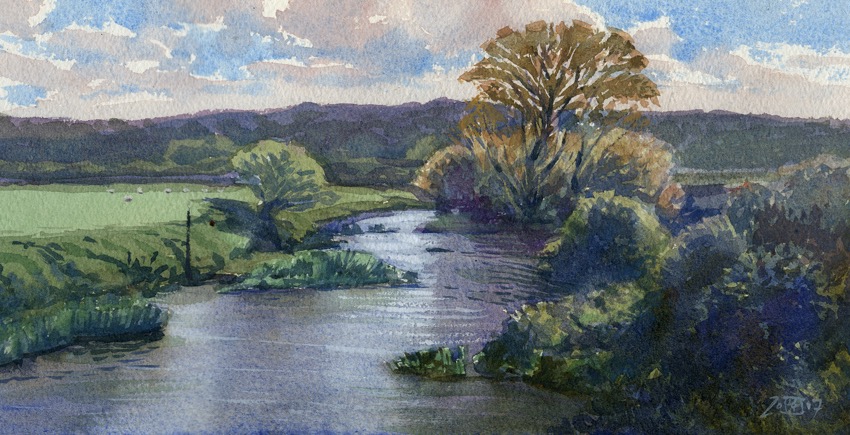 Spring on the Stour 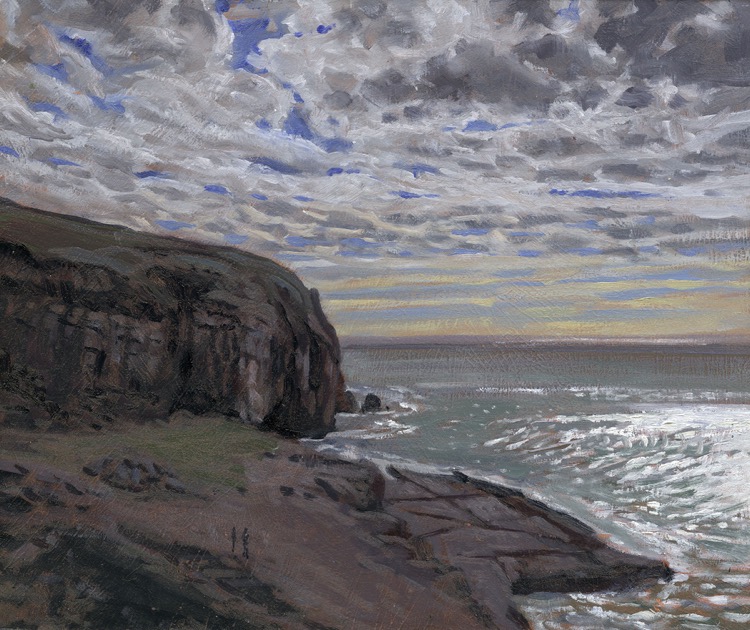 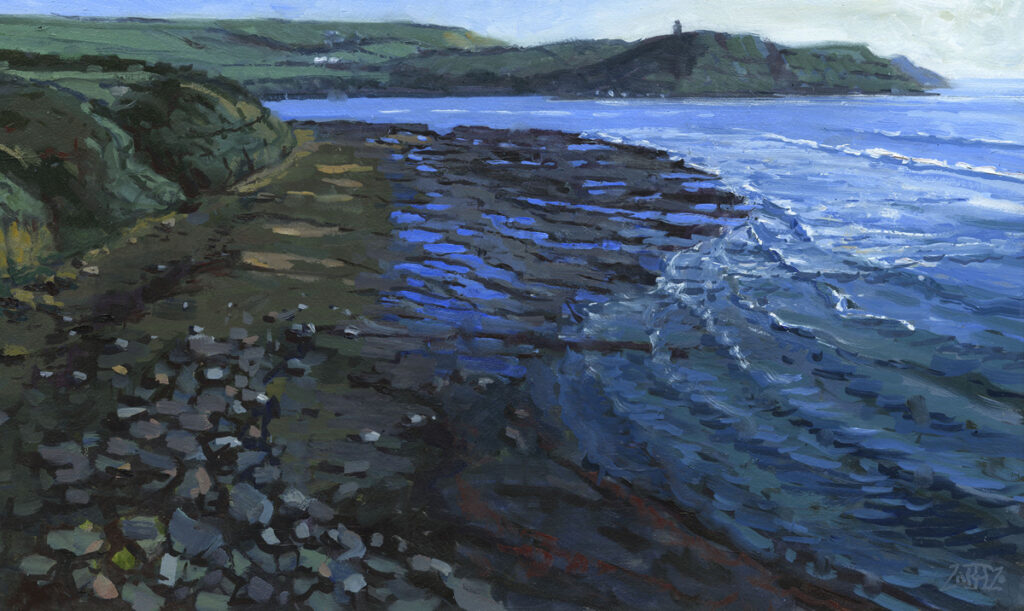 The Road to Corfe Castle 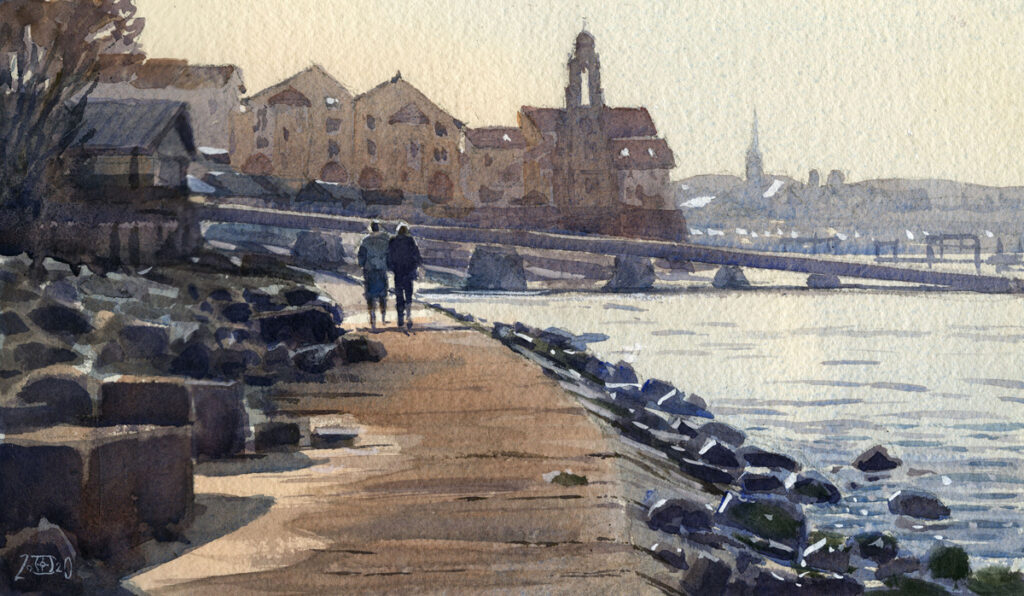 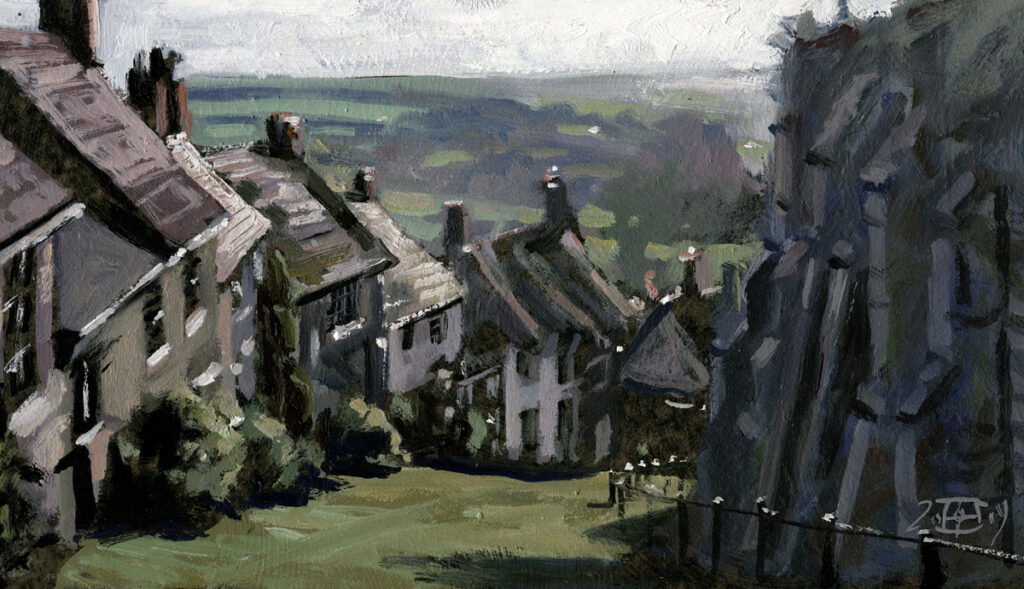 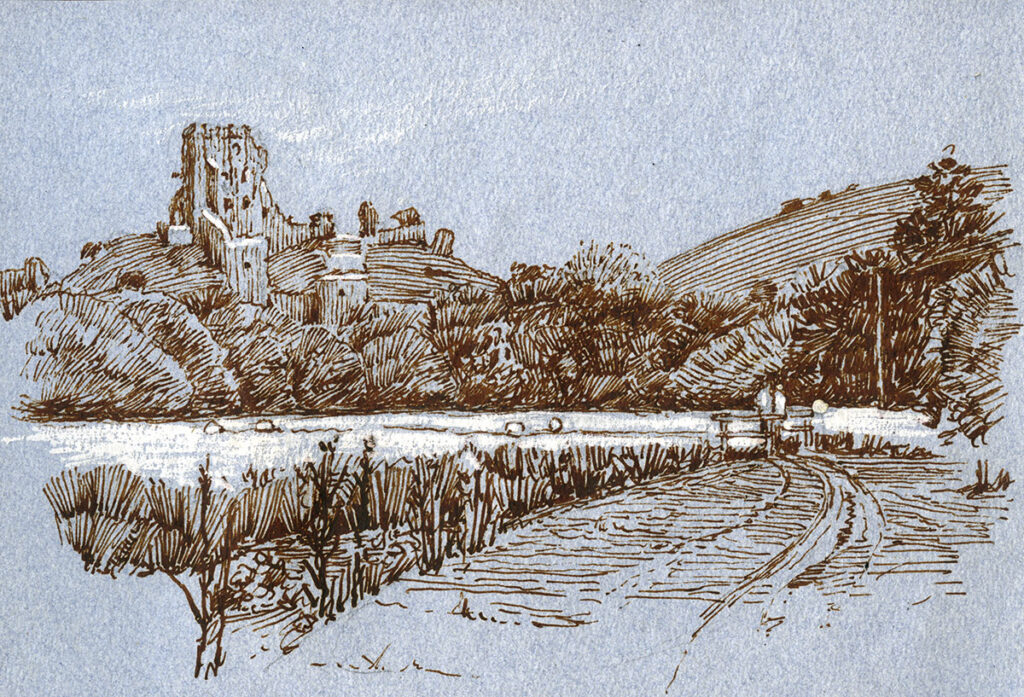 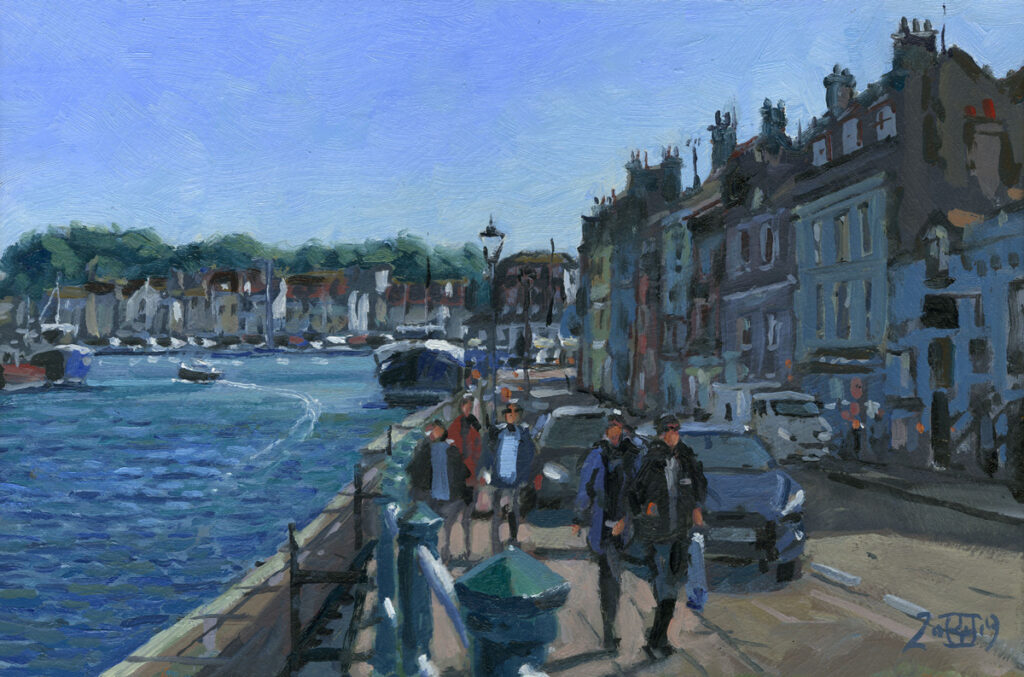 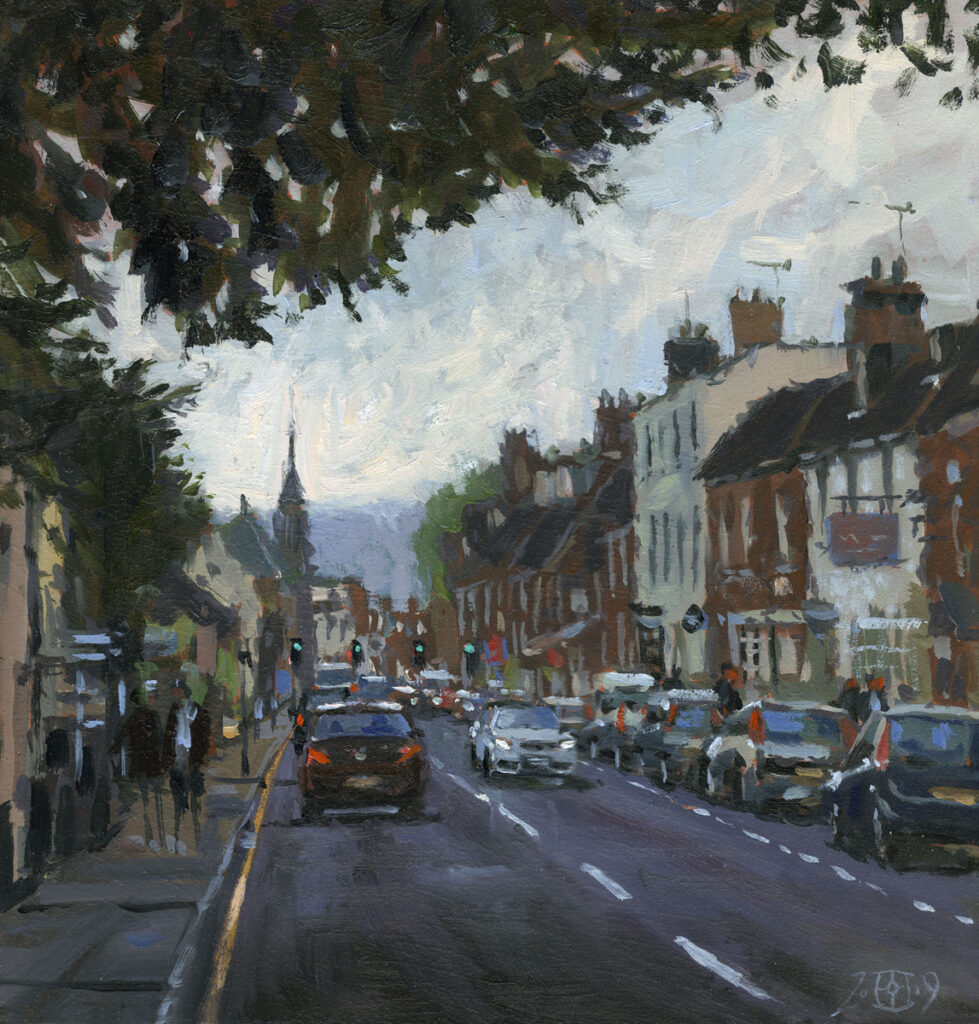 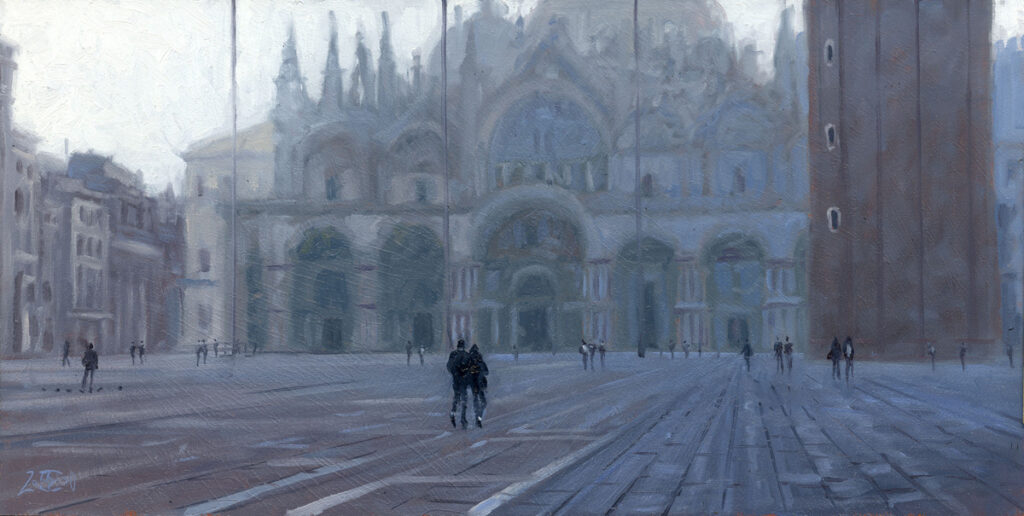 Floods on the Stour

In the Clouds, Shaftesbury 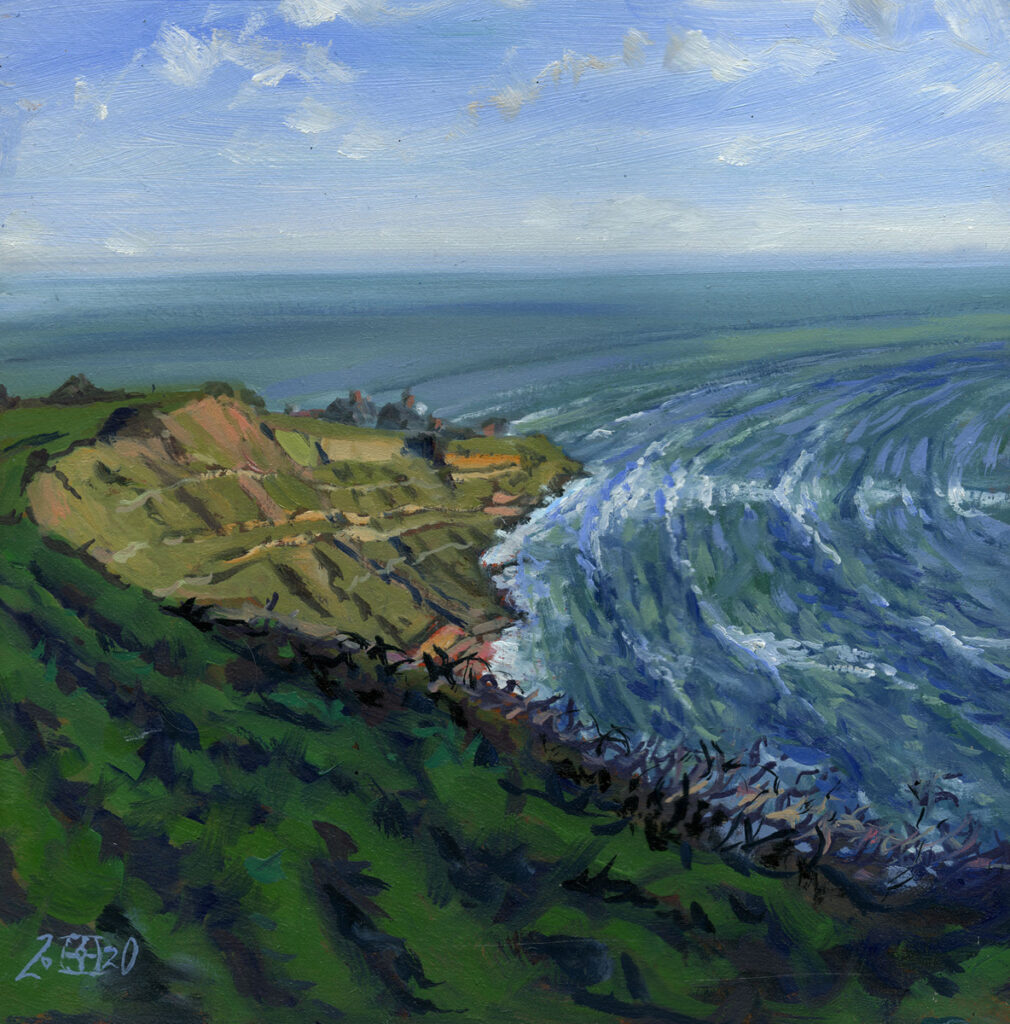 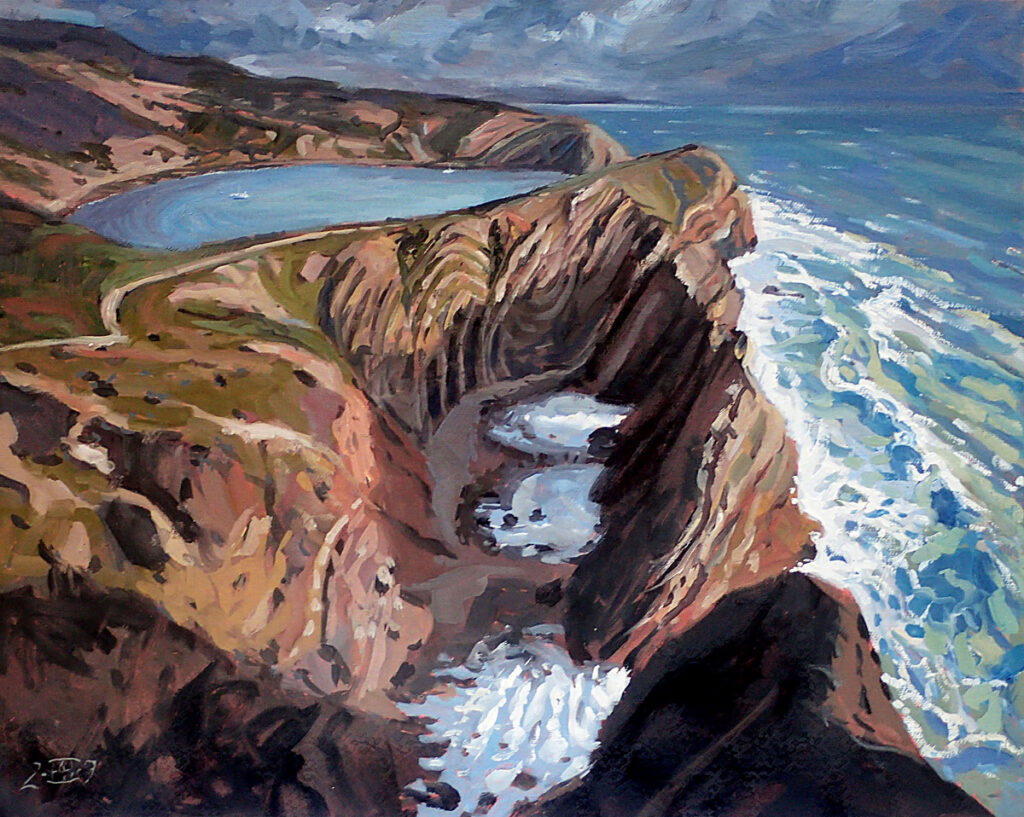 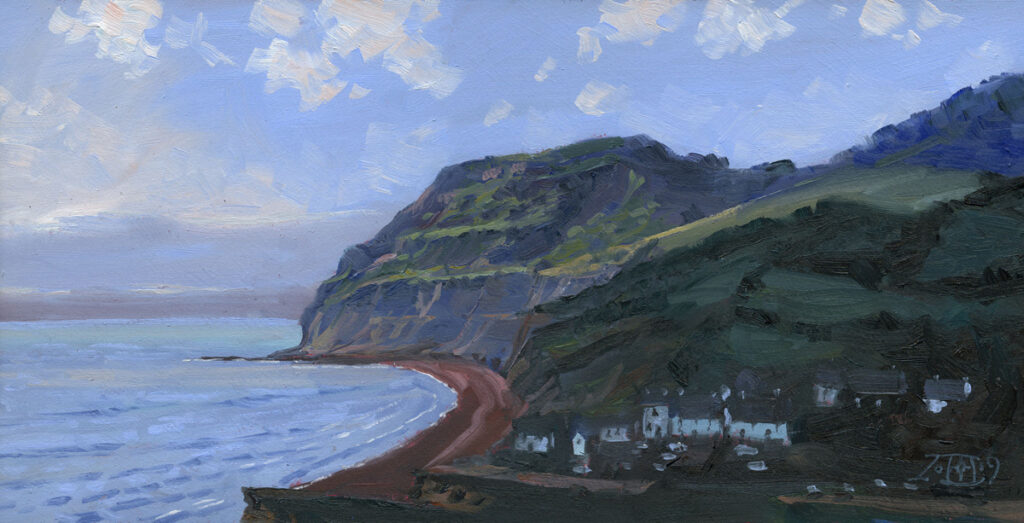 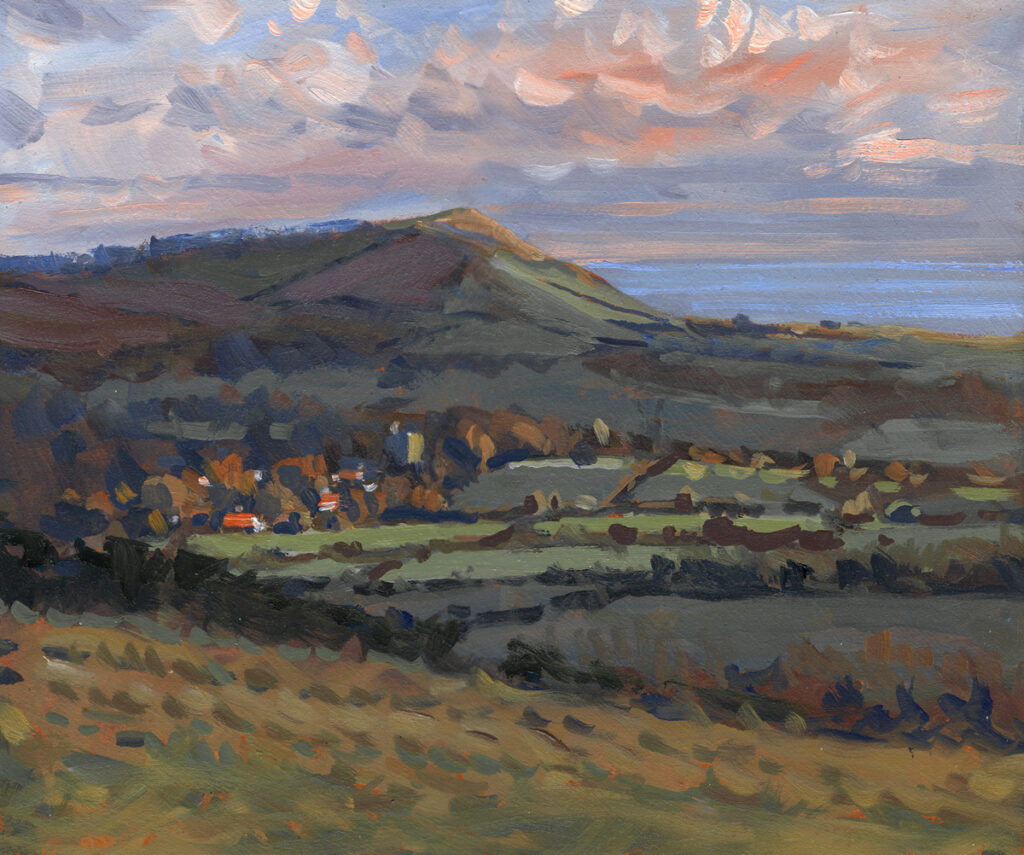 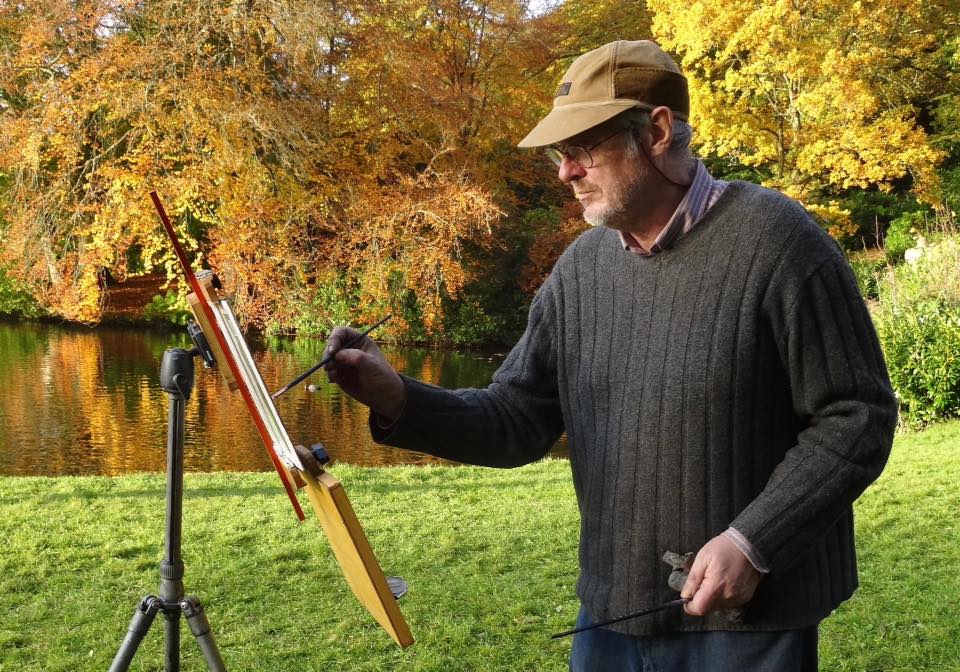 Rob Adams – a brief history.
I was born in 1954 in the County of Worcestershire in a small village called Finstall. My father was a photographer, author, film maker and broadcaster. My mother a keen amateur painter of considerable ability. They were both originally Londoners.

I was generally average at school except for art and mathematics so I was told it was inevitable I would end up as an architect. After working for a few I realized that architecture was mostly car parks and not as I’d hoped cathedrals! Due to this I decided against and went on instead to study Sculpture at Portsmouth. This was a disaster as I wished to learn to draw and paint, but all that was on offer was talk… dialectical materialism and such.

I left college with a degree but with no way of making a living and decided to move to London and become an illustrator. I scrimped and saved to buy materials and went three evenings a week to life drawing. I produced over the next 4 years several portfolios the final one of which at last netted me an agent, David Lewis. I spent the next few years illustrating books etc but found I didn’t like the business very much, rather lonely and badly paid. I wrote and illustrated a children’s book which was published in 1995.

When I got an opportunity to work on Film and TV design and sets I jumped at the chance, it was fun challenging and well paid… who could resist. The next decade or so were taken up with this endeavor. I painted and designed many stage sets for the theatre and made models for some very large productions such as the first Batman movie. I painted vast murals for the VE day celebrations and the Queens Jubilee. During all this time I continued to paint en plein-air landscape and architectural watercolours and whenever I had the opportunity the occasional acrylic as well.

Latterly I moved on to designing theme parks, roller coasters etc, and also became involved with Tussauds and their many attractions world wide. My role was usually to do the initial designs and concepts and occasionally shepherd a project through to completion. Latterly I took up oils and started painting more and more. I decided a few years ago to give up most of my commercial work and devote my time to painting, concentrating mostly on the city and its river trying to catch it’s many moods and beauties. I was elected a full member of the Wapping Group in 2014 but resigned in 2017 upon moving away from London.
In a move that surprised both me and my friends I decided to move to Dorset so have been painting the wonderful local landscapes for the last two years.
I have exhibited at the RSMA in 2012, 2014 and 2015, the RWS in both 2012 and 2013. Both the RI and ROI in 2014. Also yearly with the Wapping Group in the Mall Galleries from 2013 to 2017. I was also one of the finalists for Artist of the Year 2013 run by the Artists and Illustrators magazine.

Scroll back to top