Freedom from the Depths

Freedom from the Depths

Into the Light SOLD

In Her Own Space

Relaxing in the Sun

Sometimes I Sits and Thinks

Waiting in the Wings

In a Safe Place 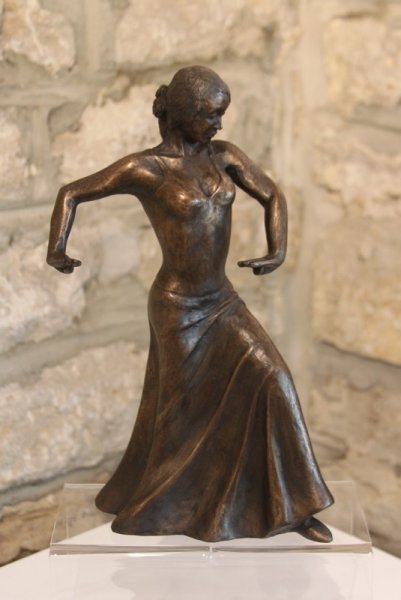 A Moment of Peace

and Sometimes I Just Sits

A Moment to Ponder

Though coming back to it later in life, Moira has developed a real passion for sculpture which has transformed her life since she established her studio in Dorset in 2008.   She loves the new challenges and excitement she experiences as she learns new skills and her work develops.

Moira is a figurative sculptor and works largely from life to capture the essence of the warmth and vitality and movement in the human form.  Although a large part of her work involves portraying the softness of the female form, she has also completed several male sculptures using stronger muscle tone and texture.  She received an award for her sculpture “Male Torso” at the Society of Women Artists exhibition in 2010 and her life-size “Self-Contained Man” was part of the Royal West of England Academy open exhibition in 2014.

Moira has always loved music and dance and has enjoyed working with specific dance forms in the Argentine Tango, Flamenco and Ballet, as well as experimenting with expressing other forms of movement and observing the impact on the body.  Moira was thrilled to work with the National Youth Ballet of Great Britain to create a sculpture for an award celebrating and commemorating the life of its founder and director Jill Tookey CBE.

In 2017 Moira was commissioned to create a sculpture to help highlight the results of the WOMAN Trial.  The study showed that a low-cost widely available drug could save the lives of thousands of women a year during childbirth.  The sculpture of a mother with her newly born baby is designed to bring the scientific results to life, combining the creativity of art with the creativity of scientists.  The sculpture “New Life” is based on this commissioned sculpture.

“Whether relaxed and contemplative or balanced and taut, these rhythmic bronzes are evocative, accomplished and alluring”

Scroll back to top